After an amazing three days in Korcula, Lorna and I took off on a four-hour bus-trip to Dubrovnik. Yes, a bus trip. Normally you can just catch a ferry from the island, but because we were a little out of season, we had to hop on a bus, which hopped on a ferry, and then drove us to Dubrovnik. Weird, yes, but… “Whatever it takes!” we told the lady behind the ticket counter. 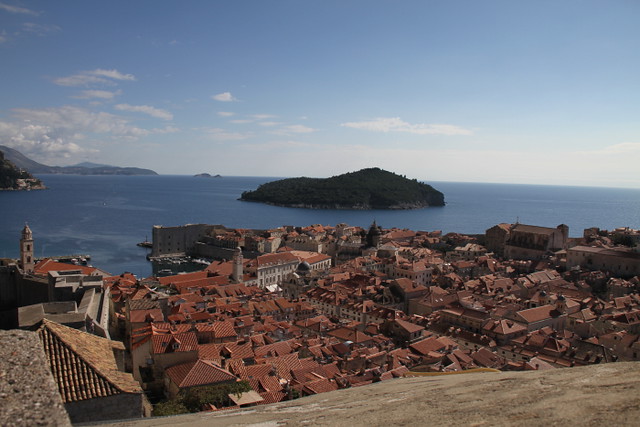 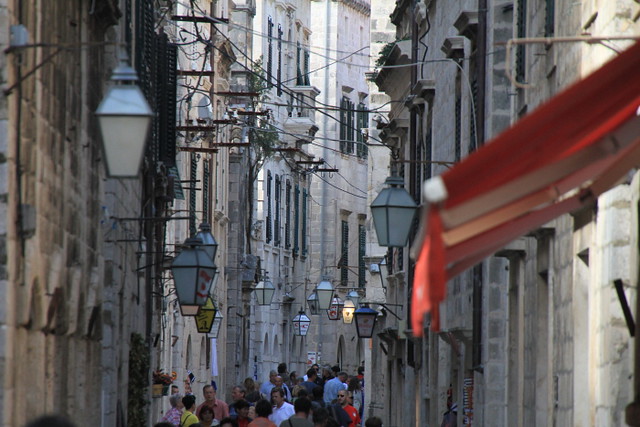 Dubrovnik has a similar charm to Split, except its city walls hang right out over the ocean. This element of Dubrovnik is more beautiful than Split, but still, there’s just something I can’t put my finger on… 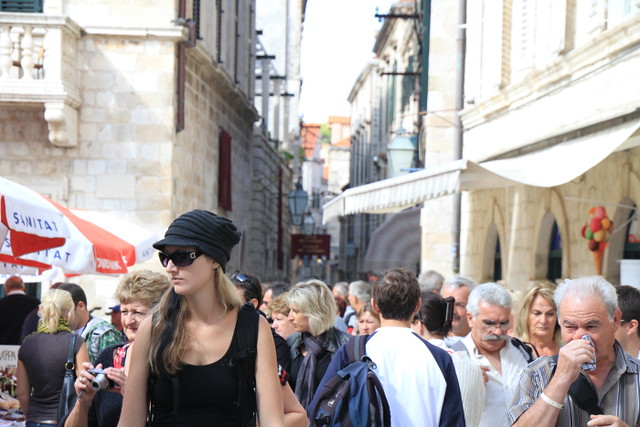 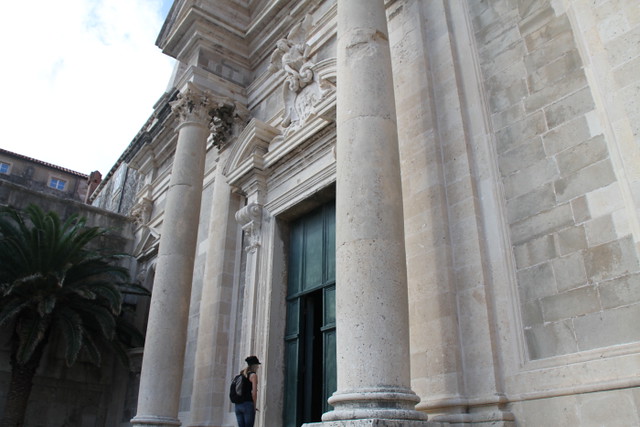 For $12 AU, you can climb up a hundred stairs to the top of the city walls and then walk a few kilometers around the entire circumference, peering down on the city and out over the ocean, just as the protecting soldiers would have done a thousand years ago. 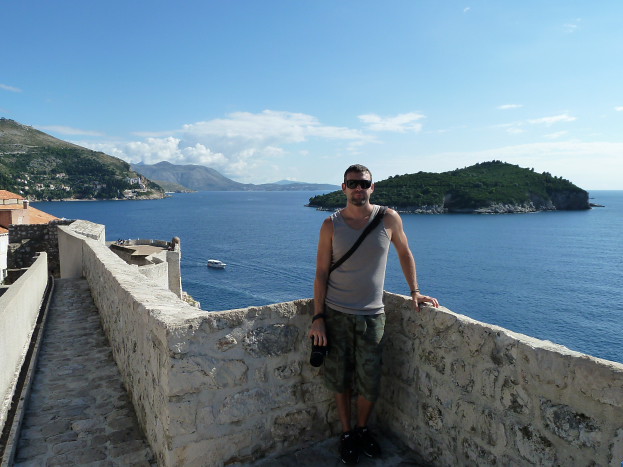 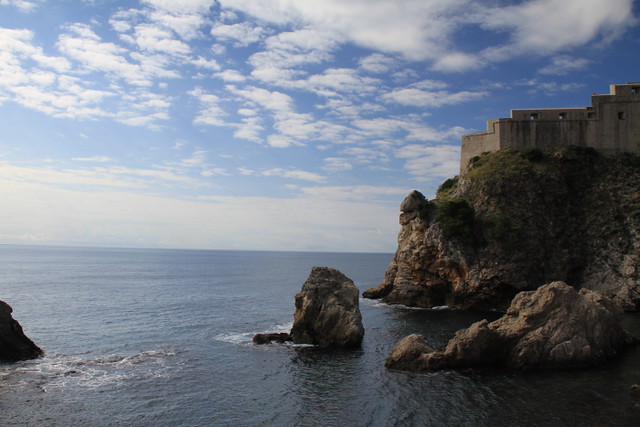 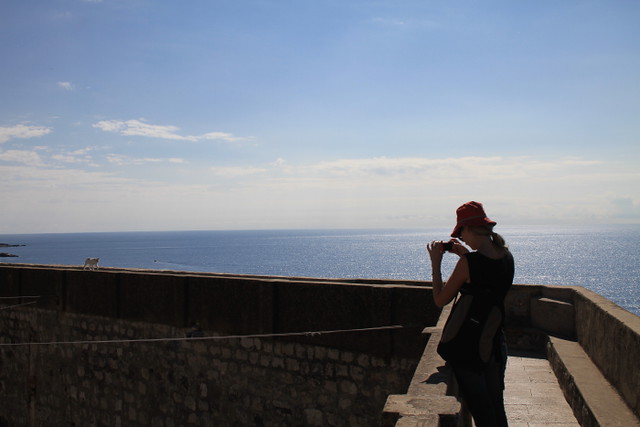 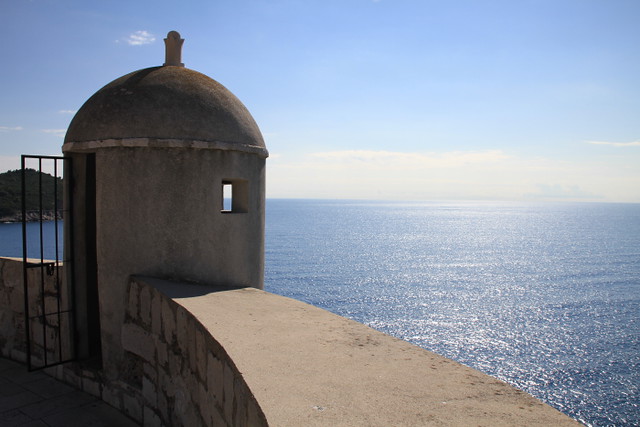 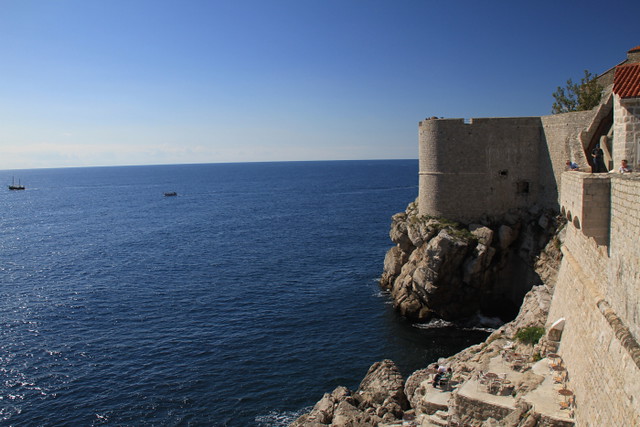 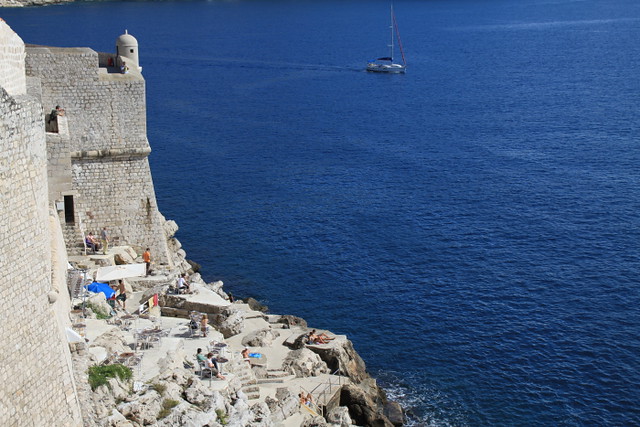 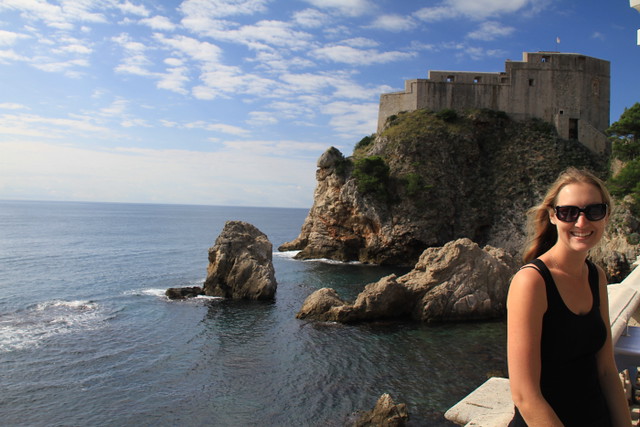 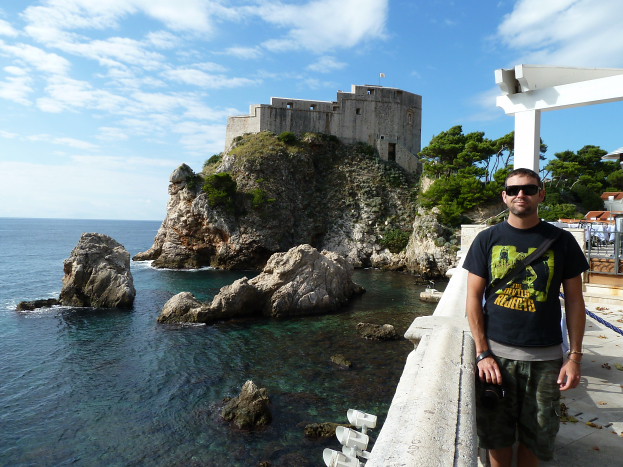 As I awoke on the second day, I was feeling a little flabby from the two-month-heavy-pasta-onslaught of Italy and desperately wanted to pump iron and raise my heart rate. After venturing in to the tourist information center and being told, “If you want a gym, you should be able to use the one at your hotel,” I realized the girl behind the counter didn’t understand I was staying at a cheap-arse shit-box in Grad, the port just outside Dubrovnik. However, I figured she may be on to something…

Sick of not finding a gym and wanting to get out of the thunderstorm that had just set in, I marched in to the Imperial Hilton Hotel across the road. I walked right up to the front counter and frustratingly muttered, “I don’t seem to be able to find a gym anywhere! Can you please help me?”

Me and the reception-girl, we may have been having a “lost in translation” moment, but she asked me to follow her.

She marched me down a few flights of stairs.

There I found the Imperial Hilton fitness center. A personal trainer guided me through the various machines and kept me supplied with cups of water. When I told him not to worry about me, that I had been to various gyms across the world before, he didn’t listen and continued to help me.

I couldn’t believe how friendly the whole hotel had been to me. What a great place this is, I thought. I was out of the rain and wind outside. I’d had an awesome workout. I had a great time.

I said goodbye to my new buff buddy and started to leave. That’s when he insisted I write my room number and name on his special little piece of paper.

I wrote, Room 39 – Rob Kaay, and then casually smiled and walked to the staircase entry, not turning my back for a moment.Never look back, I thought. They’ll see the chink in my armor.

As soon as the door shut behind me I crapped my pants and bolted up the flights of stairs and then flew down the hallway, headed for freedom. Just before the reception desk, I slowed down to a brisk walk. I had one more obstacle to overcome, if I was to spend the night outside a Croatian jail. I didn’t even look at the girl who had previously mistaken me for a guest earlier and walked out the main turnstile, never turning my back.

And then I set a new four-hundred metre, land-speed, sprint record.

The next day Lorna and I set off from Dubrovnik bus station headed for Kotor, Montenegro. 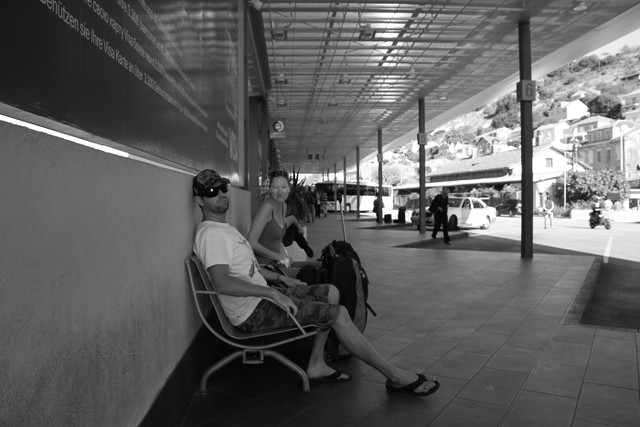 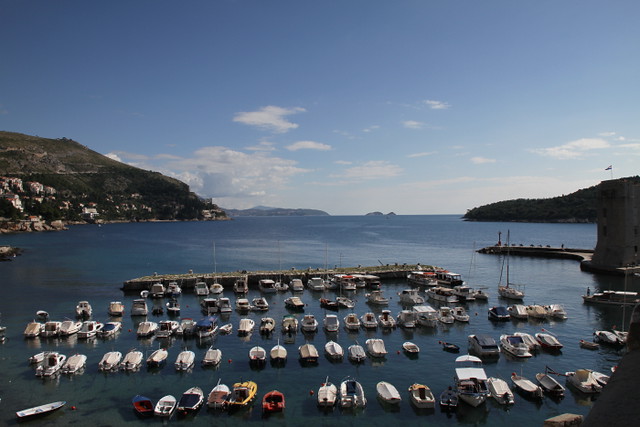